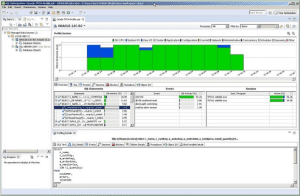 The SQL tuning wizard automatically suggests solutions and provides essential context in tuning SQL code. Color-coded Index Analysis shows used, not used, or missing indexes and offers recommenda­tions for optimum performance. Case Generation is used to generate all possible cases and to find the best alternative to a given SQL statement by including SQL rewrites and hint injections.

Unique in the industry, Visual SQL Tuning (VST) diagrams turn text-based SQL code into graphical SQL diagrams. This approach helps DBAs and developers understand the impact of SQL statements on the database. The VST diagram displays indexes and constraints on tables and views with table statistics, as well as the joins used in a SQL statement such as Cartesian joins, implied Cartesian joins and many-to-many relationships.

Database profiling provides a graphical visualization of wait-time anal­ysis, making the SQL that is causing poor database performance easy to pinpoint. Continuous profiling monitors an entire data source within a configurable span of time. Also, explain plans are provided for a better understanding of how SQL will be executed and the performance costs. Utilize reporting to allow sharing of information captured during the profiling process.

Load testing verifies performance of existing and alternative SQL queries against the database. Configure queries to run multiple times in parallel and see how they respond to your simulated production environment without the risk of actually testing in production. 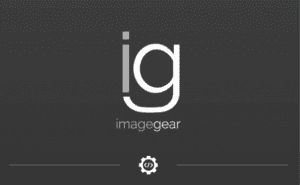