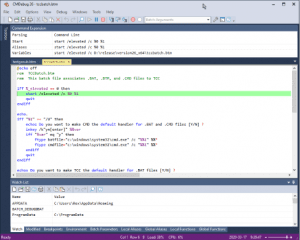 CMDebug is a stand-alone version of the Take Command IDE and batch debugger component. CMDebug is intended for developers creating batch files to run in CMD (the Windows default command processor) or TCC-RT (the free runtime version of TCC).

You can use CMDebug to develop either CMD-compatible batch files (.BAT or .CMD), or TCC-RT-compatible scripts (.BTM). If you select the “TCC Syntax” option, CMDebug supports the full TCC-RT command set. If you select the “CMD Syntax” option, CMDebug will disable TCC-only internal commands, variables, and functions. Some internal CMD / TCC commands will also behave slightly differently or modify their display output in order to match CMD’s behavior more closely.

Using CMDebug with TCC-RT allows you to create (and encrypt) scripts using the TCC command language, and then distribute them with the free TCC-RT runtime on an unlimited number of target machines. 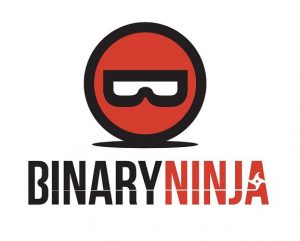 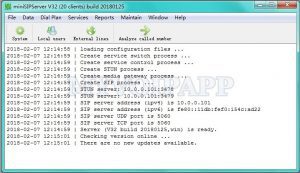