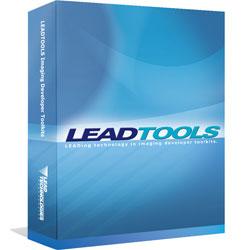 LEADTOOLS now includes comprehensive PDF reading and viewing with advanced capabilities such as support for extraction of text, hyperlinks, bookmarks and metadata. Developers can take advantage of these properties to enhance their applications with dynamic document viewing, editing and assembly features.

The LEADTOOLS Document Readers allow reading images, thumbnails, text and metadata from any supported document format using a uniform set of methods and properties, regardless of the document type. The high-level LEADTOOLS Document Readers interface can be used to easily create feature-rich document viewing applications with unlimited zoom, smooth scrolling, thumbnails, metadata and text search without the need to know any specifics about the format you are using.

LEADTOOLS Barcode functionality has been expanded with a new set of libraries for Silverlight and Windows Phone. This addition makes it easier for developers creating web and mobile applications to implement barcode features which previously required the use of an external server via WCF Services. Now Silverlight developers empowered by LEADTOOLS can develop robust and compelling barcode applications that run natively on their respective platforms.

In addition to the new platforms, LEADTOOLS boasts a redesigned Barcode .NET interface. This high-level and programmer friendly interface can read all barcodes in an image with a single function call. This intuitive new interface also handles the complexities of the extensive collection of barcode symbologies LEADTOOLS supports.

The LEADTOOLS OCR Advantage Engine in 17.5 is faster and more accurate than ever thanks to improvements in AutoZoning, table detection, image auto-preprocessing and spellchecking. Additionally, the OCR Advantage Engine now supports 32 languages, including Chinese, Japanese and Korean. LEAD has bundled OMR support and searchable PDF output capability into the OCR Advantage Engine, adding significant value and at no additional cost. These enrichments make the Advantage engine a top-tier choice for OCR considering its features and performance.

LEAD Technologies has a rich history of providing the fastest imaging development tools and staying abreast of the latest technology trends. Consequently, LEAD is pleased to introduce the all new LEADTOOLS Cloud SDK. This ground-breaking framework can be used for creating cloud-based, distributed computing applications with unlimited potential for speed and platform independence.

Utilizing their own existing network of servers and worker machines, developers can easily create any kind of distributed, grid or parallel computing application such as OCR, Forms Recognition and Processing, Barcode Recognition, Audio/Video conversion and encoding, web crawlers, distributed graphics rendering and more. By developing a LEADTOOLS cloud, processor intensive and time consuming tasks can be handled by a network of worker machines in a fraction of the time it would normally take.

LEAD is continually improving its high-level medical imaging components, making them more programmer-friendly, extensible and packed with features used by real-world physicians and healthcare professionals. Developers can now fully customize and localize the Medical Workstation and Web Viewer Frameworks, and take advantage of new MWL and MPPS components for the PACS Framework. The Medical Image Viewer has been given new image display options and functions, annotations and synchronization tools. The Medical 3D engine now supports Curved MPR which can generate Paraxial cuts and Panoramic reconstructions. In addition, the DICOM libraries support several new transfer syntaxes including JPEG-LS, and developers can use CCOW to easily integrate and synchronize information between multiple systems.

What’s new in the Raster and Vector Imaging Engines

LEADTOOLS got its start in 1990 by providing image formats and compression technology and has further expanded its file format support to include more than 150 different raster and vector file types. The Raster Engine now supports JPEG-LS, JPEG-XR, Digital Camera Formats (Sony, Canon, Nikon, etc.), PCL6 and more. The Vector engine also received several enhancements to the DXF and DWF formats, staying up to date with the latest objects and drawing types.

With a rich history of over twenty years, LEAD has established itself as the world’s leading provider of software development toolkits for document, medical, multimedia, raster and vector imaging. LEAD’s flagship product, LEADTOOLS, holds the top position in every major country throughout the world and boasts a healthy, diverse customer base and strong list of corporate partners including some of the largest and most influential organizations from around the globe. 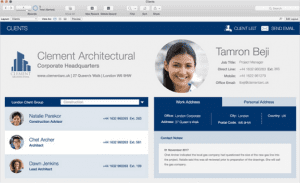 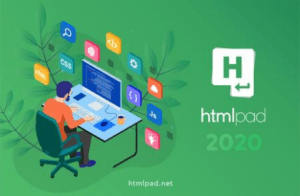